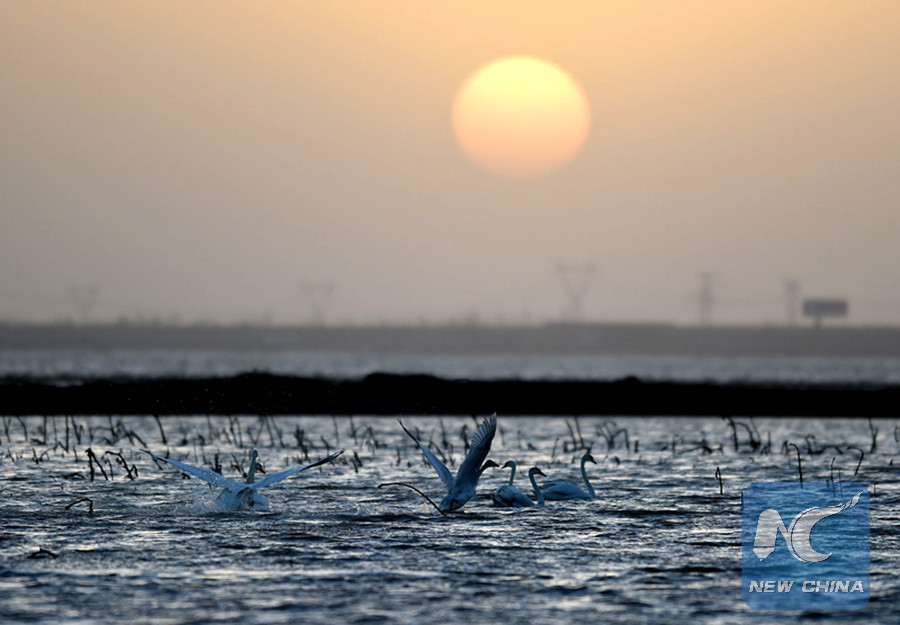 Hundreds of birds hovering on the wetland in Hohhot, Inner Monglia in March 2015. (Xinhua)

The paper was published in the latest edition of the journal "Nature Climate Change," on Monday.

If global emissions continue to rise, drylands could cover more than half of the world's land surface by 2100, according to the Chinese team.

In a scenario where high emissions continue, by 2100, 56 percent of the world's land surface will be covered by dryland, according to the paper.

The study suggested that this will have a disproportionate effect on developing countries, where over three quarters of the expansion is expected to occur, and could exacerbate poverty and land degradation, said Huang Jianping, professor at atmospheric science college under Lanzhou University.

Huang, the leader of the research team, said that they observed greater warming trends over dryland regions than humid regions, and concluded that the combination of temperature and aridity increases with population growth in developing countries will amplify the risks and aggravate regional economic development disparity around the world.

The research warned of the urgency and importance of emission cuts, and global desertification control, according to Huang.

Drylands are regions where precipitation is offset by evaporation from surfaces and plant leaves. They currently cover approximately 40 percent of global land surface and are expected to increase in size due to climate change and human activities.